I, like Pilate, want to know what is truth.

Pilate’s question, what is truth, is an honest one. It is a universal one. It sums up every question that has ever been asked. Is God there? Does she or he love me? Is this job the right job for me? Have I done good enough? What is the right thing to do?

Then Pilate asked him, “What is truth?”

Now one of the interesting things about Pilate’s question to Jesus is that it goes unanswered. Right here in this moment, Pilate has the greatest rabbi ever to live standing in the same room with him. He can ask him anything and this is what he asks him. Is this question meant to settle some curiosity of his? Or is the question probing Jesus to see if he really is who others are claiming him to be?

So he goes down to the root of it and asks, “What is truth?”

And Jesus doesn’t answer him. Nothing. Nada. Not a lick.

That question just hangs there like a butterfly gliding in the wind. No landing place.

You know why that is?

One of the things this text presents to us by going unanswered is the question:

If we are Pilate in the story how do we respond?

And if we are Friends of Truth then we will never stop seeking an answer to question “What is truth?” The more we find ourselves engaged in faith, the more we should find ourselves filled with curiosity, questions and wonderment at the beauty of all of creation.

We will learn how to, as Rilke once wrote,

“Be patient toward all that is unsolved in your heart and try to love the questions themselves.” -Rainer Maria Rilke

And as a Rabbi once shared:

“You’re much closer to God when you’re asking questions then when you have the answers.”

I think this is right. We must first take on the role of Pilate in this text inasmuch as he asks this very deep, authentic and searching question.

And here’s the next piece to the puzzle with Pilate:

Pilate needed a refined palate for truth. If we want to know what the taste of truth is, we have to be willing to taste foods we don’t necessarily like.

You know how this goes with kids.

Youngsters are often so certain they know what they like and don’t like to eat. For me one of those things was asparagus. For my brother J. it was peas. What was it for you? I know it’s almost blasphemous to say you don’t like asparagus out here in the NW, but I really never had it, because when I was young my parents used to eat canned asparagus and if you ever saw what that looked like you wouldn’t want to try it either.

But I love fresh asparagus is one of my favorite foods now.

And my brother J., he used spend hours, I mean hours sitting at the dinner table refusing to eat a small helping of peas. It’d be 10:00pm Peas stone cold and there was Jason just staring at them.

If we grow up into adults and still refuse to try new foods we can never develop any new tastes, refine old ones or experience something new. We may very well be missing out on what could be a favorite food.

And this is exactly what can happen when it comes to truth. How do we know if something is true, if something has come from God, if we’re not willing to taste it? Pilate asks a great question, but it doesn’t see like he’s really interested in actually tasting the truth.

So when we say something isn’t true, what we all too frequently mean is, “I don’t like it.”

And so in the same way that parents often work to try and stir hunger in their children for new experiences such as trying new foods, the church’s work is to stir hunger within our spirits and cultivate an ever-expanding palate for truth.

The taste of truth?

There is one last thing about Pilate asking the question, “What is truth?” that we cannot miss.

And that is that the answers have already been given.

The whole Gospel of John is about Jesus walking around, embodying and teaching about truth. If we want to know what truth is, one place we need to look are the teachings of Jesus.

There was a new pastor, who on her first Sunday, was not only had to preach the sermon at her new church, but she also had to plan the children’s sermon because the youth minister was out sick. As she told the children the story that morning she said, “there’s an animal that eats nuts, climbs along the telephone wires, and loves to run up and down trees in the summer. Does anyone know what this animal is?” The children all remained silent. Finally, one brave little girl, slowly raised her hand and said, “Pastor, it seems like it should be a squirrel but we know that the answer is always Jesus” (ht Mike H.).

Pilate’s question, which comes at the very end of Jesus’ life, is like the final quiz to all who have been reading and listening to this Gospel.

Have we been listening? What is truth?

Here are some of the things that Jesus said about truth:

[We read about 20 passages from John that spoke of truth]

When I taste truth I taste something that has hints of recognition while inviting me to move beyond myself.

It’s like hearing a far off distant voice that has similar tones as a parent, but you’re not quite sure until you quiet yourself and listen very carefully.

“Those who befriend the truth listen to my voice.”

There is something familiar with truth. It’s in a language I understand. Truth needs no translators no matter what language one speaks. And when it speaks to me it speaks to my condition. I know what it is saying even if I don’t like what is being said.

While truth is spoken in my own language, it often has a dissonant edge. It’s not something I make up myself. It pushes me beyond my normal refinements and comforts.

I know its truth when I’m doing something that stretches me beyond who I am.

I think about this in the difference between concrete bricks and Legos blocks. I need to make sure that my internal life is such that it is being built up not with concrete blocks but with something far more flexible and adaptable like Legos. With Lego’s there’s always space to rearrange, move, add to and build on as needed.

And when I taste truth I taste hints of life. There is a generativity that invites me to grow. 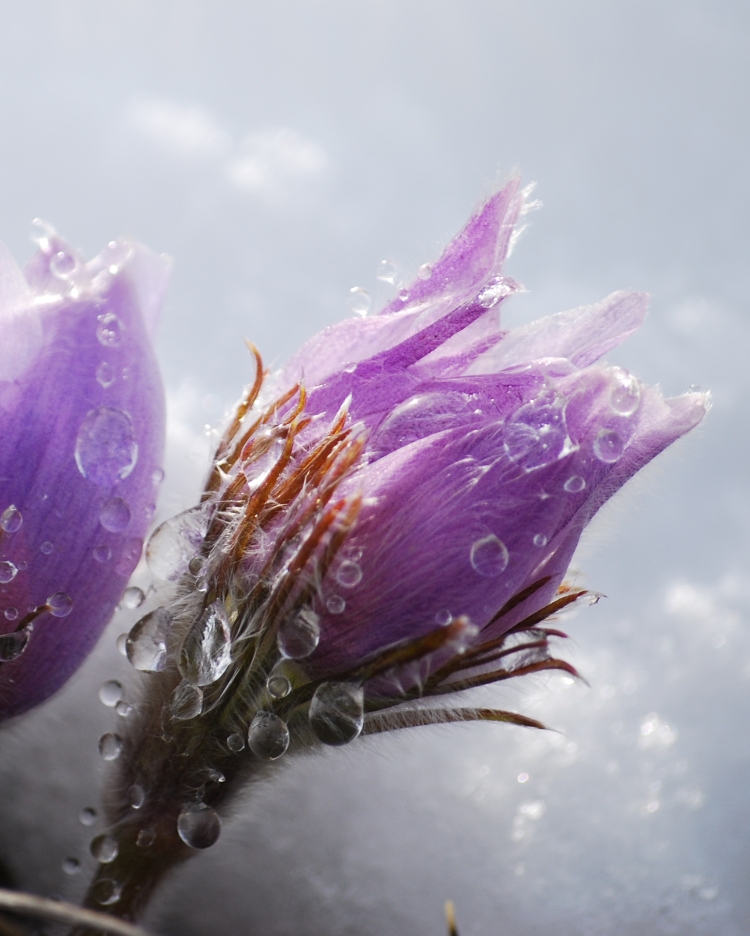 Like all of life truth has hints of starting out small like the bulb of a flower. Like this crocus it begins small and weak and over time it grows stronger and more sturdy.

Truth tastes like a very subtle note hidden behind more dominant flavors. It will sound like a quiet whisper. A gentle nudge. A tug at the heart.

And then, if it is nurtured, if we befriend that little seed of truth, it will grow into a beautiful and hearty life. Life springs from the weak and the small.

And “This is the Spirit of truth, whom the world cannot receive, because it neither sees him nor knows him. You know him, because he abides with you, and he will be in you.”

Truth has hints of starting out small, of being a gentle whisper of the Spirit speaking, and if we befriend that seed it will grow stronger and bring us authentic life.

Truth has hints of being free, of having ones heart and ones actions liberated. Not constrained by pain, or anger, or resentments, or fear.

Because of this, truth is sometimes out of sync with the rest of the family, the community or the world. If a family is living in darkness and one member of that family begins to befriend truth, they will look like they are the ones out of sync, but in fact they are the ones who are being liberated by truth.

And this reminds me of something that happened this past week. 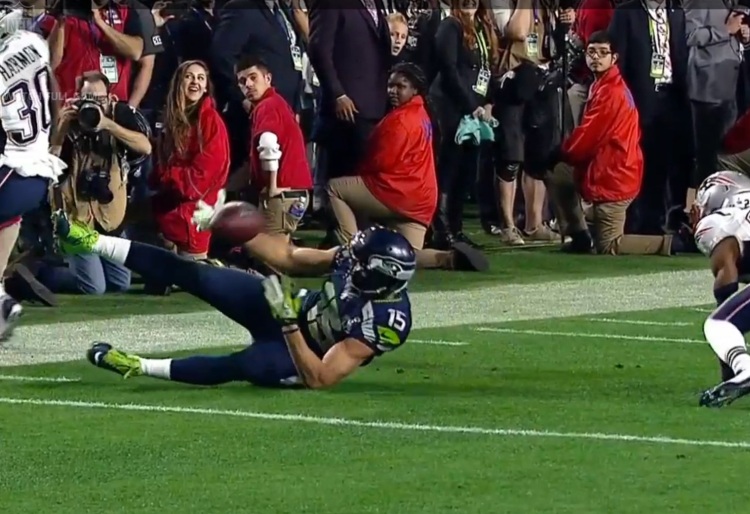 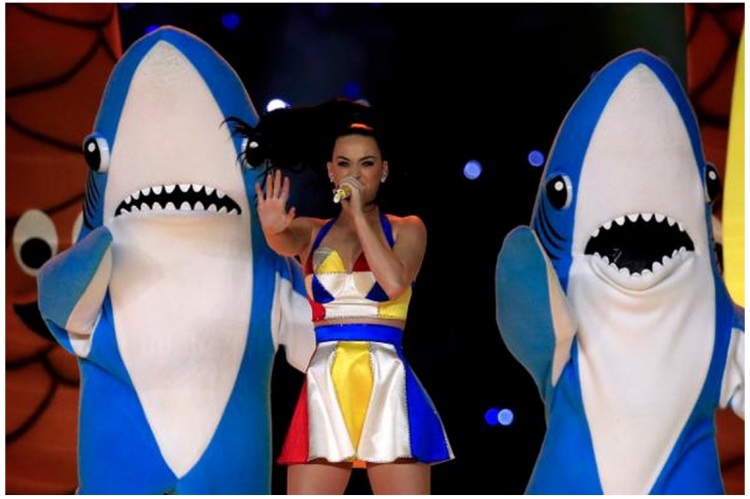 For the last part of the halftime show, Katy Perry came out on stage with two dancing sharks. One of them, the one of our left, was pretty much out of sync the whole time. He was either too close to Katy, off-beat, and doing the wrong dance moves at the wrong time.

People immediately started asking, “What’s up with Left Shark?” On twitter and Facebook. One person declared “Left Shark failed out of of choreography school,” while others came to his defense saying, that good for him, he’s up there giving it his best shot, he’s dancing to the beat of his own drum, and how do we know that he’s not really the one whose doing it right?

What I like about left shark is just that. He represents a freedom to be out of sync, even in the midst of being on the biggest stage in the world.

Truth is kind of like that. If it is truth, it may very well make us look a little like “Left Shark.” Appearing to be the one out of sync on the stage of life. But the point isn’t to compare ourselves to what others are doing, but to keep step with the inward teacher. To keep in time with the truth that God has given us, even if in the end we may be out of step with others.

Then “you will know the truth, and the truth will make you free.”

I want to say one last piece about this, silliness aside. I wholeheartedly believe that if this really is truth that I taste, it will make me more alive, it will lead me to be more loving, more open, more hospitable towards myself and others. I will grow as an individual. If this thing I accept as truth makes me grow in this way then I think it is truth. But if it makes me smaller as a person, makes me more fearful, more isolated, more angry, more closed-off it’s not truth and it needs to be rejected as such. Truth will set you free and that freedom will be a freedom to grow toward love.