This is an adapted version of a message I gave this past Sunday. It draws on themes from Psalm 44.

As I have been reflecting on the theme of lament I realized that lament is the byproduct of those communities trying to live out faithfulness in a world.

A community that is trying to embody the peaceable kingdom in a world so hell-bent on violence will become accustomed to lament.

A community working to embody love and welcome the stranger in a world that constantly builds up us against them and rivalry over the other will become accustomed to lament.

Lament is the bitter pill we as a community swallow when we seek to be faithful and compassionate people following Jesus.

After all, how well did this all worked out for Jesus? He too was accustom to lament: weeping over the death of his friend, longing to gather Jerusalem as a hen gathers her chicks, crying – or raging? – out that God had forsaken him. Jesus, the one who comes as the man of peace, was also very much a man of sorrows.

So I guess my question is: what does it mean to be a people of lament, a community of lament?

It’s genuinely an open question. I don’t know how. I am still learning and we at Camas Friends are trying to figure this out as well. We are learning the words of Psalmist:

“In God we have boasted continually, and we will give thanks to your name forever. Yet you have rejected us and abased us, and have not gone out with our armies…You have made us a byword among the nations, a laughingstock among the people” (Ps.44:8–9, 14).

We did all we were supposed to do, we were the faithful ones and you hung us out to dry. Where are you now God?

I am beginning to learn a truth, even at this very small scale: communities that seek to be faithful, and embody peace and love in our world will become accustomed to prayers and shouts of lament.

Where the sidewalk Ends 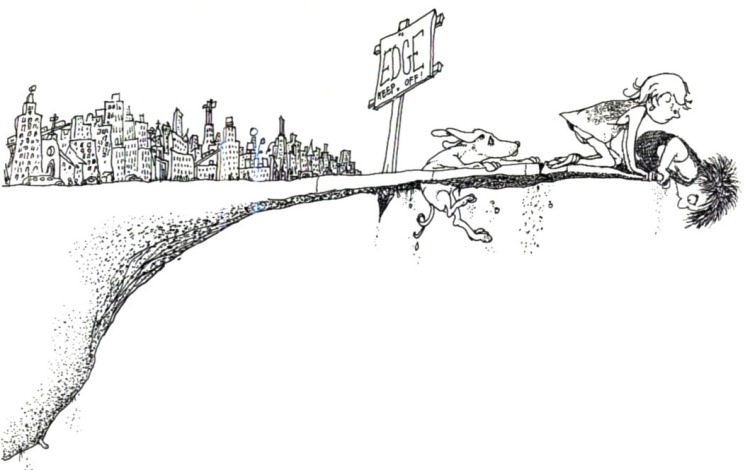 “Where the Sidewalk Ends” by Shel Silverstein

Let us leave this place where the smoke blows black
and the dark street winds and bends.
Past the pits where the asphalt flowers grow
we shall walk with a walk that is measured and slow
and watch where the chalk-white arrows go
to the place where the sidewalk ends.

A sidewalk is the paved pathway laid out before us. It takes the guesswork out of where to step and where to go. It indicates that someone has gone this way before me. And while sidewalks describe the places we can tread, or the places others have gone ahead of us, they also describe the limits put in place. 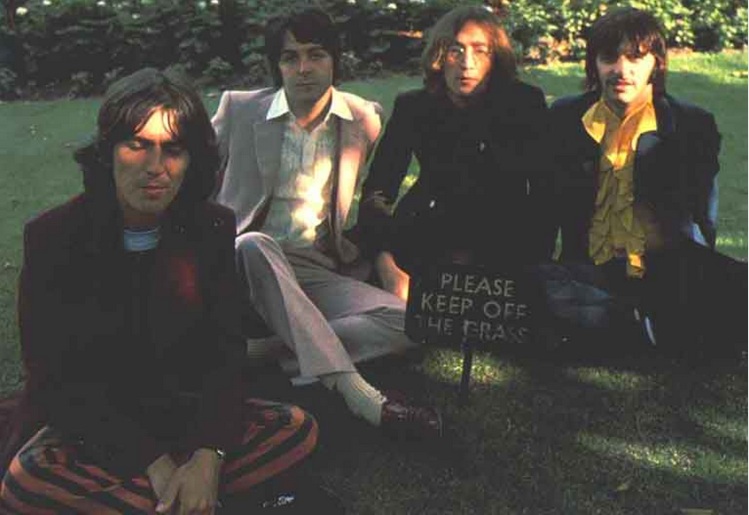 “It is okay to step here but it is not okay to walk over there.”

“It is okay if you ask these questions, and these are acceptable causes to get behind or stands to take, but do not go there. If you go there you will be out of bounds.”

I agree with Ric Hudgens who wrote in a recent issue of Geez Magazine:

“An overly reverential adherence to the constraints of sidewalks is part of our problem, not part of our solution.”

Friends, as a people of faith working for compassion in the world we do not belong on the sidewalks.

And so we shouldn’t be all that surprised when we find ourselves again at the borders’ edge.

If we follow Jesus we will find ourselves again stepping onto the grass that says keep off. Because, as we know, Jesus treads where the sidewalk ends. This is what the entire Gospel is about. Jesus challenging the power structures of the world, offering liberation to those on the margins. Liberation from what? From those oppressive sidewalks!

In Mark 1:40–45, Jesus heals a leper and gives him “strict orders to not tell anyone…” Don’t let others know we’ve moved from that “ordinary and proper place” and have stepped off the sidewalk.

Or in John 4, when Jesus asks for water from a Samaritan woman he crosses ethnic and religious boundaries that were meant to hold people in the “proper place.”

Almost every parable he tells from the prodigal son, and the Samaritan to the sheep and the goats are all about rearranging who belongs to the “ordinary and proper” places of society.

And of course the breaking point comes in his challenges to the temple system. If we want to talk about lament as rage than Jesus overturning the tables in the temple are a poignant reminder of this.

“Jesus, It’s fine to have your little ’radical’ ideas just don’t start pushing the boundaries of our institional sidewalks.”

Pressing the edges of the sidewalks whether it is institutional religion, capitalism or empire can get you killed.

Jesus learned this just as many early Quakers, just as people like Oscar Romero, and Martin Luther King, Jr. learned it.

And while we haven’t been killed, we will, if we continue to be faithful to push the boundaries, and to live in the space where there are no sidewalks, find ourselves cut-off, pushed out, rejected, or displaced and in turn being a community of lament.

But this is exactly what we need.

We need communities that are willing to tread with Jesus beyond the sidewalks. People who are, even if afraid, willing to challenge the limits of what has been paved.

We need communities that as Dylan Thomas once wrote, “rage against the dying of the light.” And what Bruce Cockburn sang, “Kick at the darkness until it bleeds daylight.”* People who will not give up and not give in. People who rage to God at the state of things.

We need communities that are willing to become a byword among the nations for justice. A laughingstock for compassion. People who, as Henri Nouwen once wrote, “disappear as an object of competition and rivalry.”

Finally, we need communities that are not afraid to be displaced for compassion. People who are willing to give up reference points, determined outcomes and the comforts of power, so that they might follow Christ’s call to be a people of compassion in this world.

Let us say this prayer together:

Rouse yourself! God – Why are you sleeping?!
Wake up. Don’t ignore us forever.
Stop hiding from us.
Rise up and come to our help.
Redeem us, and those we love, for the sake of your steadfast love.