This post continues the theme of reflecting on suicide and its impact in our lives. It is written by Aaron Scott, a close friend, biblical scholar, poverty initiative activist, and all around awesome person. She lost her grandpa earlier this year to mental illness, here is some of Aaron and her grandpa’s story.

My grandpa committed suicide in early February of this year. He had slipped rapidly into a hallucinatory and paranoid form of dementia (after his death, a doctor suggested lewy body dementia). Between the quick onset of the illness and the agonizing slowness of the health care system to respond to our family’s requests for help, he ended up going without care for much too long. There’s more to say about all of that. But today I am wondering about: how past experiences and political realities shape people’s experiences of paranoia (especially when their minds are coming undone).

Grandpa served 32 years in the US Air National Guard. He was never deployed, but his unit was activated during the Cuban Missile Crisis and his base helped with tactical and supply operations through the Korean and Vietnam wars. According to my dad, Grandpa held a lifelong empathy for working people and his politics reflected this. But he was also a law-and-order, career military man (I think he joined up before he was twenty years old). My dad told me they barely spoke to one another during the Vietnam war. Grandpa was staunchly ideologically in support of it. My dad, just fourteen years old then, committed himself to resisting the war after being educated by his local UMC pastor on the economics behind it, becoming critical of the way he understood his peers’ lives were being used for profit.

Grandpa, years after his retirement, opened up his political framework. I was eighteen when the second Gulf War began, spent a lot of time writing papers for school about the sin of US imperialism, and started taking part in my first protests. Grandpa would read my papers, take me seriously, ask questions, and express quiet pride in my work. He once even invited me to come help him grill burgers for his alumni association at the base, but cautioned me to “not talk about Big Oil” to the other retired service members. I ended up getting a job out of town that summer, so I never went. Now I wish I had.

Anyway. Fast-forwarding to his last months of life, the delusions that Grandpa started having were hyper-focused on his conviction that he had somehow run afoul of the law. He had one especially bad hallucination while driving–he thought he had run over and killed one of his neighbor’s children. The neighbors came over to reassure him that this never happened, but he refused to believe it. From there, he began to see and fear police cars surrounding the house. He paced in a constant circle on his bad days, repeating to all of us, “They’ll be coming for me.” He was terrified that my grandma, who moved here from Scotland when she was twenty but never became a citizen, would be taken away by ICE as punishment for his own actions. He asked my mother and I to make sure his other grandchildren wouldn’t get “caught up in this.” Months after his suicide my dad told me, “It breaks my heart but even in this, I know that somewhere in there he believed he was making a sacrifice to protect the rest of us. I have always loved that deeply, truly selfless part of him. That’s who he was.”

I agree with my dad’s take on it. And: I’ve been unable to shake the feeling that Grandpa’s life of military service hugely shaped his delusions. If he had, for example, spent his life as a postal worker or carpenter instead of a guardsman–if he didn’t have decades of experience on the inside of the military-industrial complex, seeing its arsenal and capacities firsthand–would his delusions have been different? Would they have been less terrifying? Would his fears have focused on something other than the police, ICE, and the prison system? I don’t know. Ultimately it doesn’t make a difference now, and it is painful to spend much time imagining other outcomes. But as our aging and dementia population grows in this country, far surpassing the current structures we have in place to care for them, I think we have to go beyond understanding and expanding medical/economic/social means of addressing their needs (although all of these are crucial). I think we’ll have to also find ways to care for our elders that take seriously their legitimate fears of the world–even when it’s precisely the world they’ve labored to build their whole lives. And to ask the more long-haul question: what does paranoia look like in a world without wars, without immigration raids, without police brutality, and without prison? There will still be plenty of things to fear, without a doubt. But for me, after bearing witness to my grandfather’s life and death, I have some new reasons for working toward that world. 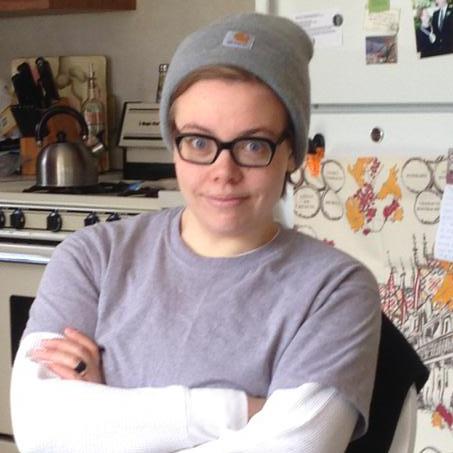 “Aaron is an aspirant to Holy Orders for the diaconate in The Episcopal Church, and a member of the Poverty Scholars Program.” Originally posted on Aaron Hearts Jesus.